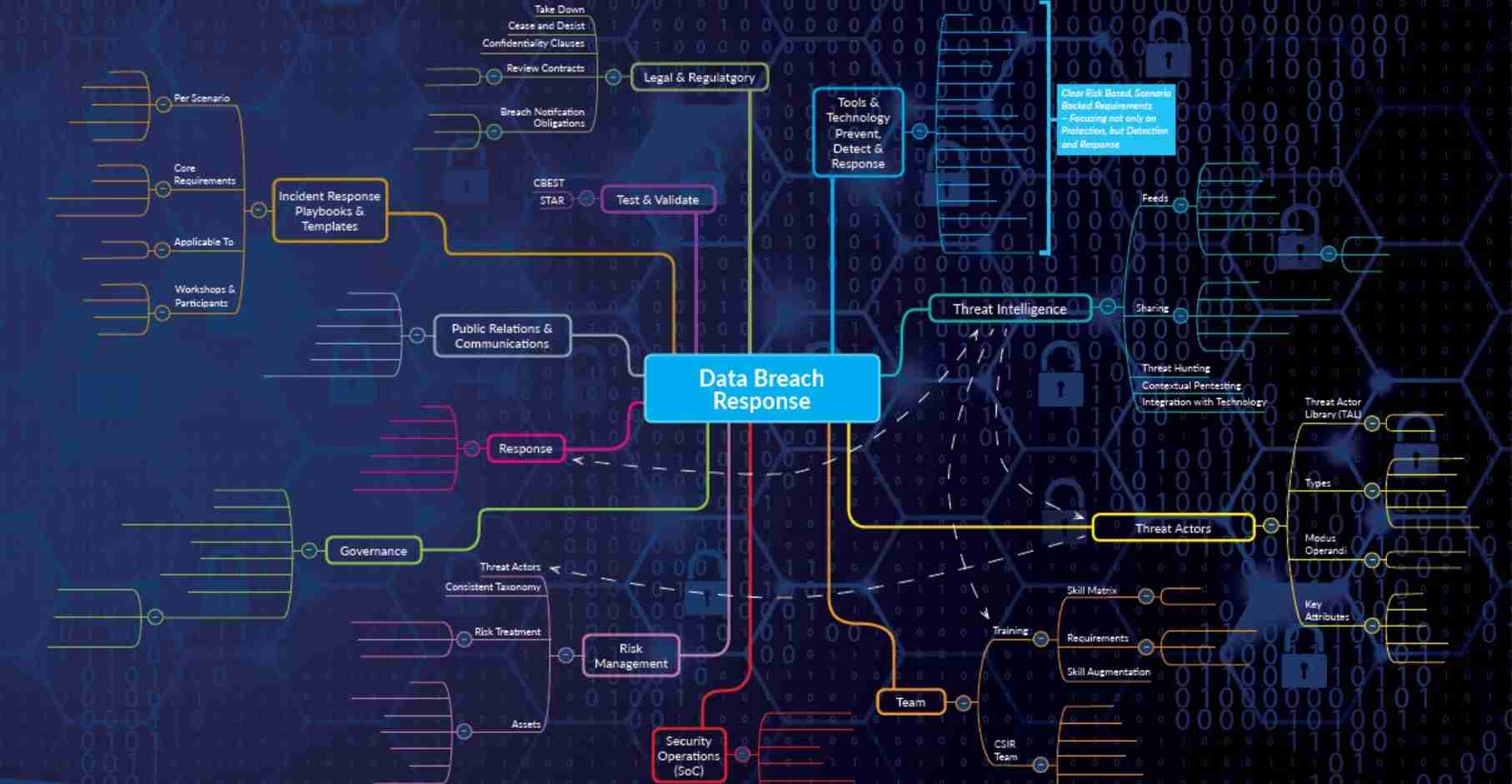 Incident response and forensic analysis are two critical components of any organization’s cybersecurity strategy. They are used to quickly and effectively identify, contain, and mitigate cyber threats, as well as to gather evidence for legal and regulatory compliance.

Incident Response In Cyber Security And How It Works

Incident response directs to the process of identifying, containing, and resolving incidents, which are defined as events that have the potential to cause harm to an organization’s information systems or network. The incident response process typically includes the following steps:

This includes creating an incident response plan, identifying key personnel and their roles, and ensuring that the necessary tools and resources are in place.

This step involves recognizing an incident that has occurred and determining the scope and nature of the incident.

This step involves taking action to stop the incident from spreading and to prevent further damage.

This step involves removing the cause of the incident, such as malware or a malicious actor.

This step involves restoring systems and data to their pre-incident state.

Lastly,  this step involves reviewing the incident and identifying ways to improve incident response processes and procedures so nothing such happens in the future.

Take This As An Example

Once the attack has been contained, the incident response team then works to eradicate the malware or other malicious software that was used to carry out the attack. Finally, they work to recover any data that may have been lost or compromised during the attack and to restore systems to their normal state of operation.

It’s important to note that incident response is a process, and at Rogue Logics, we are always changing and adapting to new threats and technologies.

Forensic Analysis In Cyber Security And How It Works

Forensic analysis in cybersecurity refers to the approach of assembling, preserving, analyzing, and presenting digital evidence in a manner that is legally permissible in a court of law. The goal of forensic analysis is to uncover the facts and circumstances of a cyber incident, such as a cyber attack or data breach, in order to identify the responsible parties and support legal action. The forensic analysis process typically includes the following steps:

This step involves collecting and preserving digital evidence in a manner that maintains its probity and authenticity.

This step involves examining the digital evidence to identify and extract relevant information, such as log files, network traffic, and system images.

This step involves organizing and presenting the digital evidence in a manner that is easily understandable and legally admissible.

Take This As An Example

An example of a forensic analysis scenario is a data breach where an unauthorized person has gained access to a company’s sensitive data. The forensic analyst is called in to investigate the incident. First, the analyst will create an image of the affected systems and preserve it.

Why Incident Response And Forensic Analysis Hold So Much Importance For Your Organization?

The goal of cyber incident response is to quickly detect and contain a security incident while minimizing its impact on the organization. This is typically done through a combination of monitoring, detection, containment tools, incident response procedures, and protocols.

One important aspect of incident response is the incident response team (IRT), which manages security incidents and coordinates with other teams within the organization. The IRT is typically composed of a cross-functional group of individuals from different departments, such as IT, security, legal, and human resources.

Once an incident is detected, the IRT will launch an investigation to determine the nature and scope of the incident & the potential impact on the organization. This may include collecting and analyzing log files, network traffic, and other relevant data, as well as interviewing affected individuals and reviewing incident-related documentation.

Once the investigation is complete, the IRT will develop a plan to contain and mitigate the incident and prevent similar incidents from occurring in the future. This may include implementing security supervisions, such as firewalls and intrusion detection designs, and deploying security software and updates.

Forensic analysis, on the other hand, is the process of collecting, preserving, and analyzing evidence in order to determine what happened during a security incident. This may include analyzing log files, network traffic, and other relevant data, as well as interviewing affected individuals and reviewing incident-related documentation.

One key aspect of cyber security forensics is the need to preserve the integrity of the evidence in order to ensure that it can be used in court or other legal proceedings. This may include taking steps to prevent the evidence from being altered or tampered with and adequately documenting the evidence’s chain of custody.

Another important aspect of forensic analysis is using specialized tools and techniques, such as forensic imaging and analysis software, to analyze and extract relevant data from the evidence. These tools may be used to recover deleted files, extract data from unallocated space, and identify artifacts that may be used to link a suspect to the incident.

It is also essential for organizations to have a dedicated incident response team, which is responsible for managing security incidents and coordinating with other teams within the organization. The team should be well-trained in incident response and forensic analysis and should have access to the tools and resources needed to respond effectively to and analyze security incidents.

In addition to having a well-defined incident response plan and a dedicated incident response team, organizations should also invest in monitoring, detection, and containment tools, as well as forensic analysis tools and software. These tools can help organizations quickly identify and respond to security incidents and gather the evidence needed to analyze and mitigate the incident effectively.

Why Choose Rogue Logics As Your Incident Response And Forensic Analysis Partner?

As a premier cybersecurity platform, we understand the importance of incident response and forensic analysis in safeguarding your organization’s digital assets. Our team of certified experts is available 24/7 to assist you in the event of a cyber incident.

Our incident response courtesies are designed to provide a comprehensive, holistic approach to identifying, containing, and resolving incidents. Our team utilizes cutting-edge intelligence-gathering techniques to rapidly assess the scope and nature of an incident and identify potential vulnerabilities in your organization’s systems and networks. We then employ a range of containment and eradication strategies to mitigate the impact of the incident and prevent further damage.

Our forensic analysis services are built on a foundation of expertise and experience. We utilize advanced digital forensics techniques to compile, preserve, interpret, and present digital evidence in a legally permissible manner. Our team is highly skilled in identifying and extracting relevant information from a wide range of digital sources, including log files, network traffic, and system images. We also provide in-depth analysis of the digital evidence to uncover the facts and circumstances of a cyber incident and to support legal action.

Our goal is to provide a comprehensive, intelligence-driven approach to incident response and forensic analysis. Our team is available 24/7 to assist you in the event of a cyber incident. We are committed to delivering an elevated level of service and support to protect your organization’s digital assets.

Have any questions? Our experts are here to guide you around.